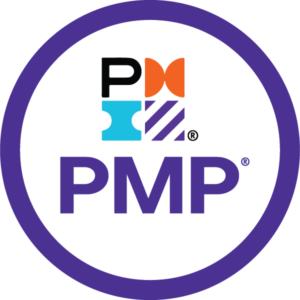 Q01 – In order to maintain a Client Website, the Agile Team takes over from another Supplier. The reason for this takeover is the fact that the recent browser changes made by the supplier has necessitated the Website’s users to install a plug-in which was uncalled for.

In which of the following ways should the Agile Team move forward?

Explanation: 4)  – In this case, the Client needs to be made aware of the impact of recent plug-in issue on businesses and costs.

Q02 – While  coordinating Delivery Work, one of the Client Stakeholders shows resistance. The Agile Project Manager begins to suspect that the Automation involved in the Delivered Product might  have made the Stakeholder’s Role Obsolete.

Which of the following methods would be most effective to help deal with the resistance?

Explanation: 1) –  Active Listening & Transparency are vital to gain Trust. Lack of Transparency results is mistrust which is often the root cause of resistance.

Q03 – You are part of an Agile Team that excels at solving Technical Problems. The Team however remains silent when the Product Owner asks for Creative or Business- related Ideas.

Do you think that this is a problem?

Q04 – In the last three Iterations, the Agile Team has surpassed the planned number of Stories.

By which of the following measures can the Project Manager be sure that all the work performed is truly complete?

Explanation: 3) – The Definition of Done s a checklist of all the Criteria that each and every user story needs to mandatorily suffice to be eligible to be marked ad Completed.

Q05 – Your Agile Team has been given the Task to come up with a Senior-Friendly Version of Smartphone E-commerce Application. Even after a lot of  Marketing Efforts, one hasn’t been able to find any volunteer test users fit for the Profile.

Which of the following options would be the most effective one to ensure that the best product value gets delivered?

Explanation: 1) – Up and over the formal data collection procedures, Agile favors User Feedback.

Q06 – XYZ Inc. Is losing Market Share to Disruptive Competitors who keep coming up with new Business Models. The Agile Team is instructed to restrict the number of features and get them to the market faster.

In which of the following ways can the Agile Team best help endure the same?

Explanation: 4) – As per the Agile Manifesto, the first principle happens to focus on the highest priority to satisfy the customer through early and continuous delivery of  valuable software.

Q07 – You are the Product Owner of an Agile Team. You get to know from the Legal Team that another Company owns a patent for an Innovation used in  your Team’s Product which is currently 60% Complete.

Which of the following means should be carried out by you to help determine the Appropriate Way forward?

Q08 – During User Story Estimation, your team is discussing about an Item in the Backlog. In the Discussion it becomes clear that the item can be Implemented in varied ways but the best way isn’t clear.

Which of the following should be done by the Team to progress in this aspect?

Explanation: 2) – In a Spike, the Items are sufficiently researched to deliver the best business value via detailed and testable stories.

Q09 – Three Startups comprising of over 150 Agile Developers merge to constitute eight Agile Teams. They work on a Common Portfolio.

Which of the following Agile Practices can best ensure release coordination among the teams?

Explanation: 3) – FDD helps provide the most complete set of methods designed specifically for the needs of large software development projects like the one mentioned in this case.

Q10 – ABC Inc., a Startup, has quickly grown into three Agile Teams working on Interrelated Products. All the Three Teams have started experiencing Impediments and Gaps related to working in other Teams.

Which of the following options depict as to how the Problem should be solved?

Explanation: 1)  – Scrum of Scrum is the first level of coordination between Teams.